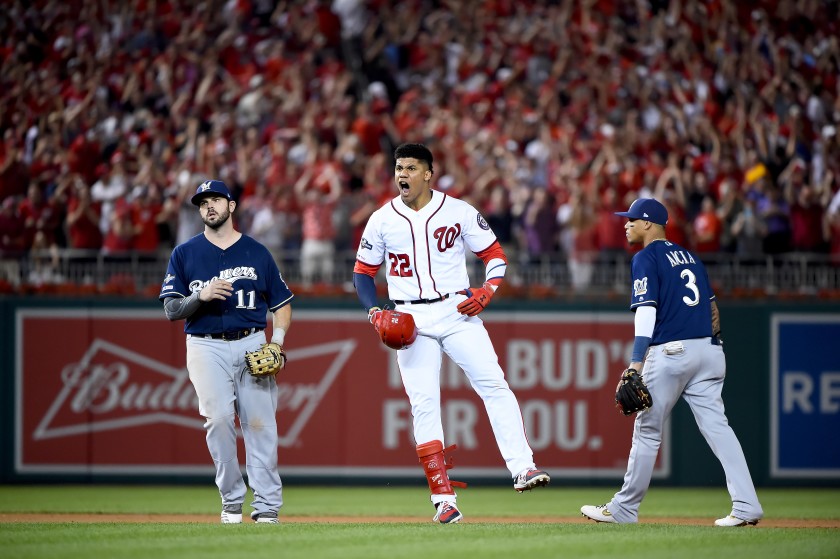 – The NATIONALS 1st elimination victory in the Playoffs

The Washington Nationals finally won an elimination Playoff game after going 0-3 in such games since the franchise moved to DC in 2005 pic.twitter.com/mjJl73kJPQ

The Washington Nationals have eliminated another team from MLB playoffs for the first time in 95 years pic.twitter.com/JlPem0ahY5

The @Nationals won their first winner-take-all game since 1981 – when they were the Montreal Expos. pic.twitter.com/NZoy8TjPjt

Juan Soto of the @Nationals is the youngest player in MLB postseason history to come to the plate in the 8th inning or later with his team trailing and deliver the game-tying (or go-ahead) RBI.#STAYINTHEFIGHT

– Don’t see an error make the difference in October usually

The #Nationals are the first team to advance in the #postseason on an error since the Blue Jays advanced to the ALCS on a throwing error in 2016.

That is the first time a left-handed batter has had a 2-RBI hit against Josh Hader in the 2019 season.#OnePursuit | #ThisIsMyCrew

Left-handed hitters were .123 (27-for-220) since the start of his career.#OnePursuit | #ThisIsMyCrew

This is only the second time in Max Scherzer’s career that he has allowed a home run in each of the first 2 innings of a game.

The other was September 15, 2011 as a member of the Tigers. The second-inning homer that day was by Kurt Suzuki, who is catching Scherzer tonight.

If you believe the #Nats have a 50/50 chance of defeating the #Dodgers in the Division Series, well, recent history says you are right: Wild Card Game winners are 28-30 overall in Division Series games against the No. 1 seeds under the current @MLB playoff format. @MLBNetwork 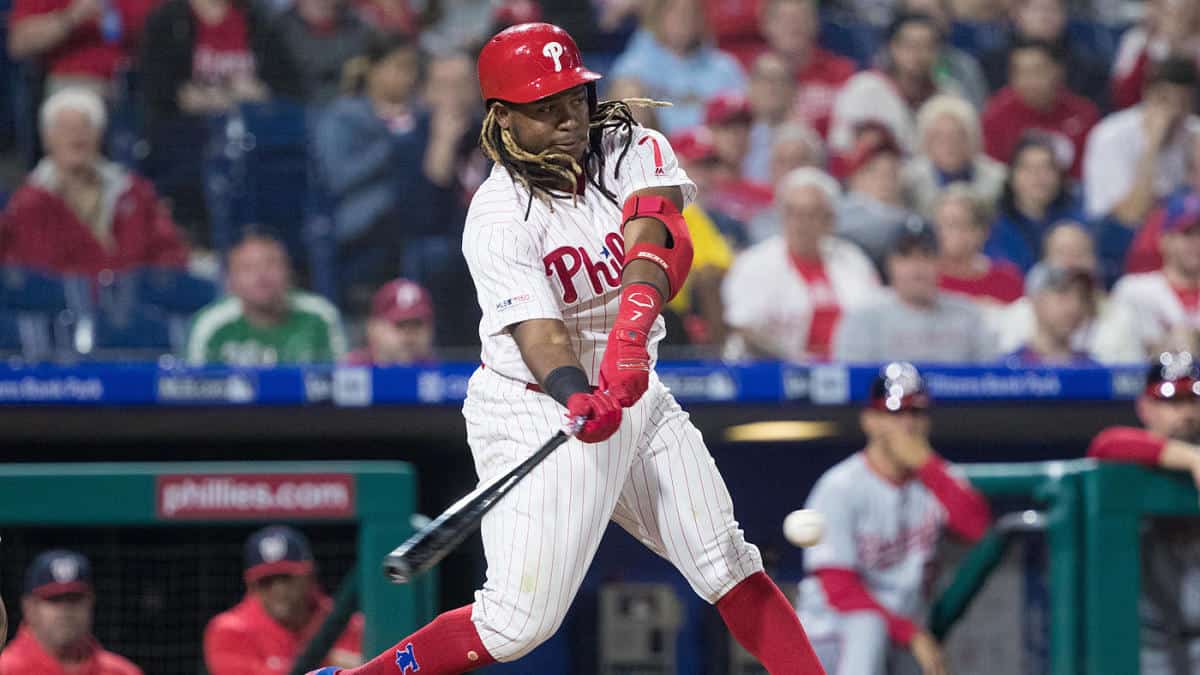 MLB
Breaking Down the 5 Most Significant Non-Tendered Free Agents 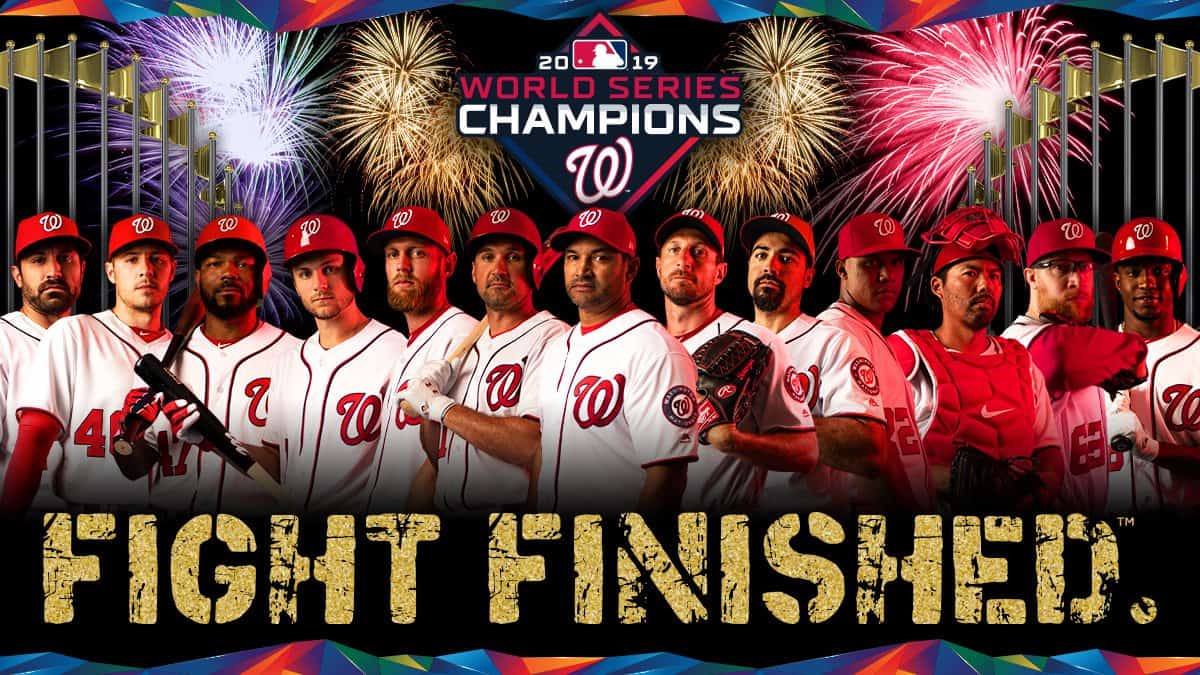 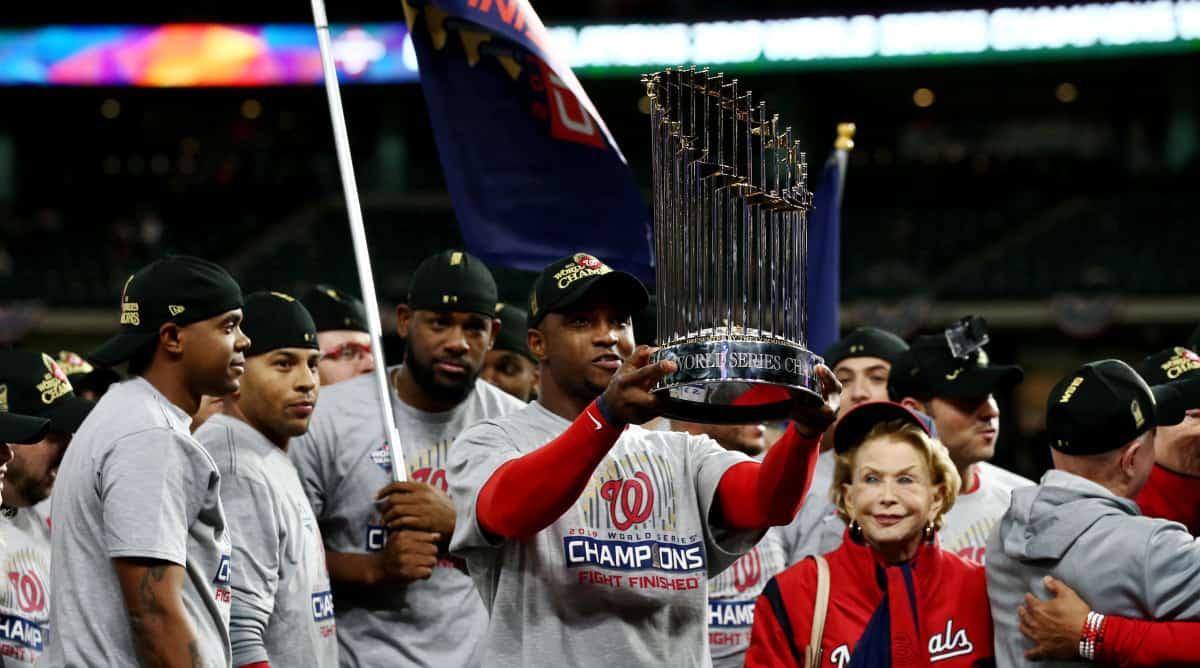