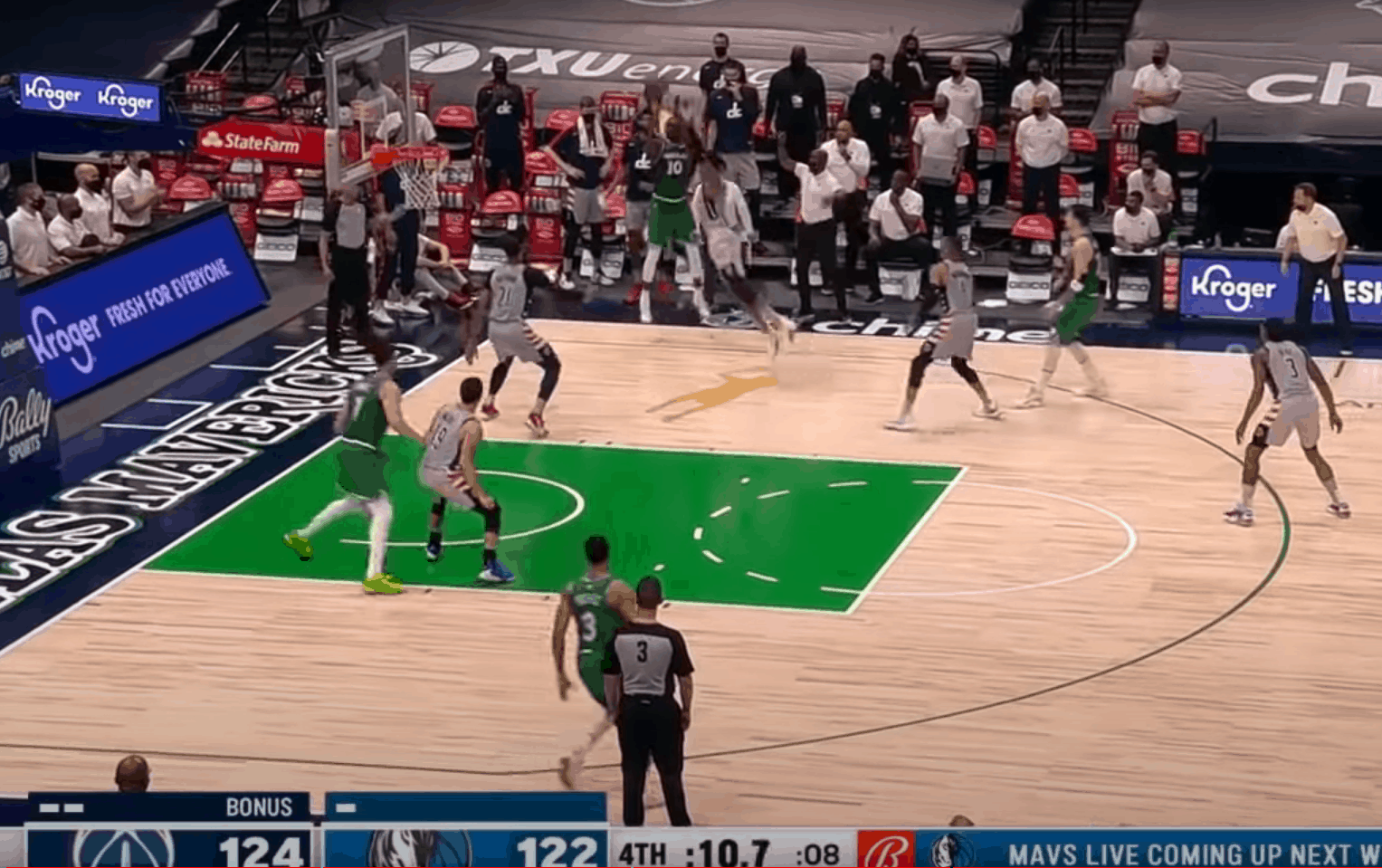 Featured
FULL NBA Review From May 1, 2021
See the full NBA Game Reviews from Saturday, May 1, 2021 with entertaining highlights, interesting facts, valuable takeaways, and more!
NBA/YouTube
By Tyler Keller, Director of Basketball Personnel
May 02, 2021

Playoff teams held their own against the squads on the outside looking in for the most part on Saturday night. Cole Anthony’s last-second three lifted Orlando in an unexpected upset over Memphis, who are now only half a game above Golden State in eighth place after the Warriors took care of Houston thanks to a third quarter surge where Steph Curry outscored HOU 23-12 in the period. Denver picked up a victory over the LA Clippers to take over the third spot in the West from them.

Zion Williamson had 37 points in an overtime win over Minnesota to keep New Orleans’ play-in hopes alive. In a thrilling matchup between Washington and Dallas, Luka Doncic recorded a 31-point, 20-assist triple-double, while Russell Westbrook was one assist away from having one himself. A Dorian Finney-Smith go-ahead deep ball gave Dallas the 1-point victory. Utah’s win over Toronto put them back on top of the West by half a game after losing to Phoenix on Friday night.

LaMelo Ball made his return in a Charlotte victory over Detroit, tallying eight assists (including one insane full-court underhand dime). Trae Young’s 33 points and Clint Capela’s double-double lifted Atlanta over Chicago at home. Miami picked up a crucial win over Cleveland, and are now tied for the all-important sixth spot in the East. Domantas Sabonis had a triple-double at halftime for Indiana, who went on to hand OKC the largest home loss (57 PTS) in the history of the entire NBA.

Here are the best NBA highlights, facts, performers, and takeaways from May 1st, 2021:

This LaMelo dime was UNREAL 🤯 pic.twitter.com/EPDLMGxdmM

LUKA TO DORIAN FINNEY-SMITH FOR THE WIN 😱 pic.twitter.com/JufDOqxTiy

Clarkson dancing on his defender 🕺 pic.twitter.com/8xLK7rwFJU

The Atlanta Hawks have been one of the most surprising teams in the NBA this season. They are currently in fifth place in the Eastern Conference and are one game behind fourth to potentially host a first-round playoff series when most experts didn’t pick them as a playoff team. Clint Capela is coming off a 20-point, 11-rebound performance in their win over Chicago on Saturday night, and he is no stranger to sensational stat lines like this.

When thinking about the success of Atlanta, it’s easy to point to Trae Young as the main reason why, but Capela is flying under the radar and deserves more credit. ATL’s big man has been averaging a double-double this season, having one in 43 out of 57 games this year. Additionally, it is the best rebounding season of his career. Not only is he the best board-getter for the Hawks, but he averages the most per game in the entire NBA during 2020-21. His presence is felt on the defensive end too, averaging 2.1 blocks a night.

The 6’10’’ Center’s impressive season has had a huge impact on Atlanta this year and isn’t talked about much due to the impressive shooting around him. Young is averaging 25.5 points per game while Bogdan Bogdanovic and Danilo Gallinari are both shooting over 40% from beyond the arc. It’s a shooters league now, and this has diverted attention away from Capela’s amazing season. However, there is no chance the Hawks would be anywhere close to getting a top-four seed if it wasn’t for their young Center’s contributions.