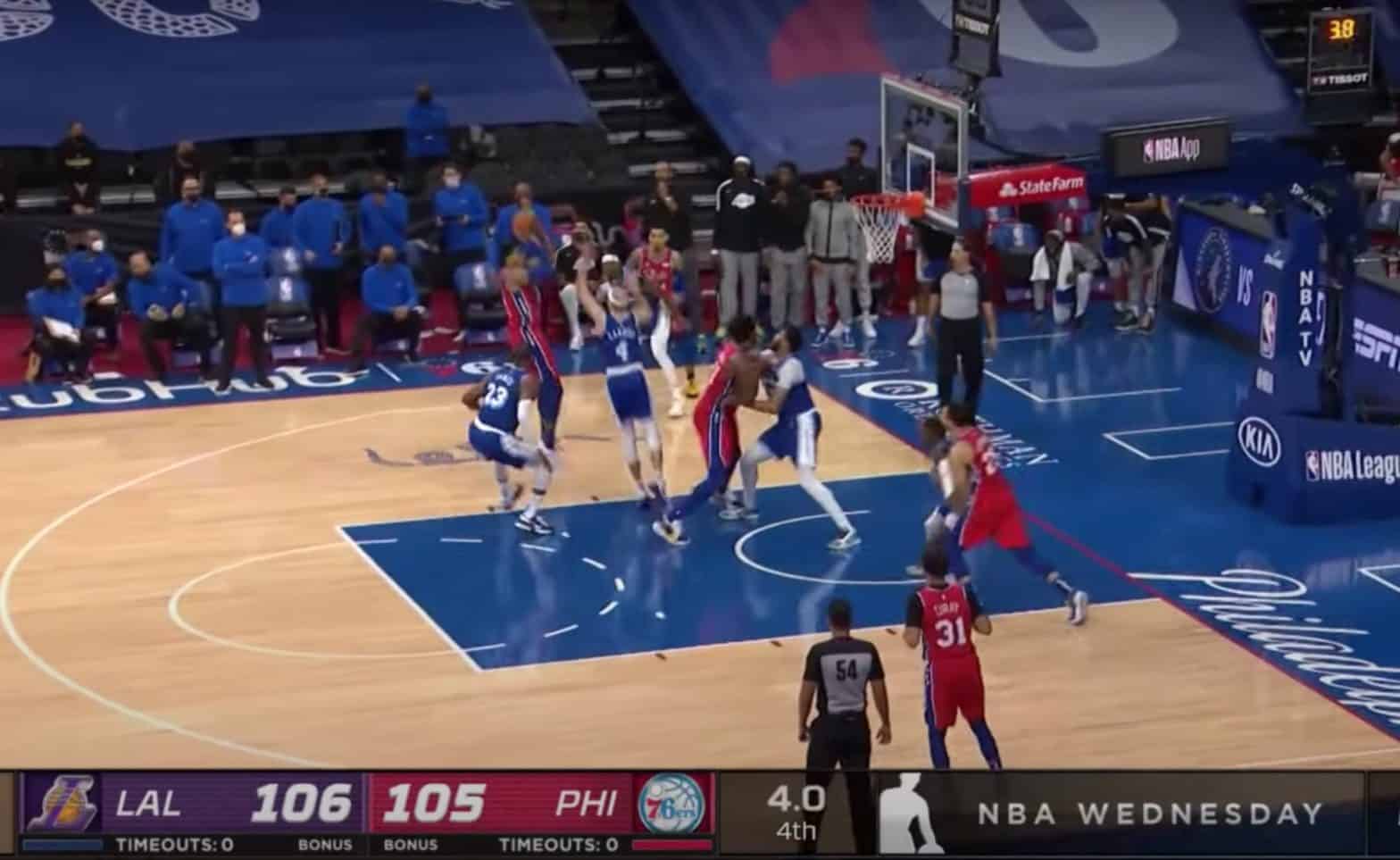 An epic night of NBA basketball took place on Wednesday as every single team in the NBA took the floor besides six squads. The most important matchup, story, and play on January 27th were all decided when Tobias Harris drained a GW-FG over Alex Caruso with two seconds left to end the Lakers 10-0 road start to the season.

Brooklyn’s Big 3 combined for a whopping 89 points against the Hawks in an OT victory, DeMar DeRozan and the Spurs came up clutch vs. Boston, and another monster performance from Bradley Beal wasn’t enough to win as Brandon Ingram and the Pelicans put them away early.

Rudy Gobert led Utah’s 10th straight win, Domantas Sabonis racked up a triple-double with only one missed FG in his return from a knee injury, and Giannis went off again for a Bucks dub over their former Eastern Conference foe.

Also, both the top two picks made NBA history with their prolific scoring off the bench, CP3 fell to his former team in the Suns third straight loss, and Denver dominated the Jimmy Butler-less Miami Heat for the largest victory of the night.

Here are the best NBA highlights, facts, performers, and takeaways from January 27th, 2021:

Joel Embiid converts an awesome reverse layup for the and-1 with a little celebration at the end pic.twitter.com/E2VHukNnZh

The shake.
The strength.
The arc on the floater.

Giannis throws it down on ‘em 😳 pic.twitter.com/KRRvpMWTGi

Big dunk to finish the game for the rookie ‼️

James Wiseman finished with a career-high 25 points in the Warriors' W. pic.twitter.com/NHh8ZwC6pT

James Wiseman doing it ALL on both ends 🔥 pic.twitter.com/IfF6c9cw6R

If Scott Brooks isn’t forced to leave soon, it seems inevitable that Bradley Beal will force his own way out

Bradley Beal can’t catch a break. The man leading the nation’s capital is averaging a whopping 41 PPG over his last six games played, but DC is 0-6 in those games and now 3-11 overall. Without John Wall alongside him in the backcourt, the Wizards have lacked the firepower to provide Beal with even an adequate supporting cast. It’s hard to point to a lack of scoring as Washington’s issues though, considering their collective 115.7 PPG are the fourth most in the entire NBA.

It’s really the defensive side of the ball that is holding WAS back and preventing Beal’s constant 30+pt performances from translating into victories. This isn’t new for Wizards fans as the team had the same glaring issue last year. The franchise finally got rid of GM Ernie Grunfeld and as much praise as Tommy Shepard has received since taking the reins, he failed to address one of the biggest weaknesses any team in the league had entering the season: DC’s dismal defense.

Now it’s gone from bad to worse with Russell Westbrook’s load management, Thomas Bryant’s torn ACL, and Troy Brown’s progress turning in the opposite direction. Some blame definitely deserves to be pointed at the front office for not acquiring more defensive-minded players or using their top-10 pick on a defensive stopper (or at least someone that can contribute 20-30+ MPG right away because of their defensive acumen).

However, a recurring theme in Washington’s lack of success during Bradley Beal’s ascension to one of the best scorers in the league has been Head Coach Scott Brooks. The basketball leader in the nation’s capital doesn’t instill any defensive accountability which has had a detrimental impact on the amount of points opponents score vs. the Wiz on a nightly basis. When is enough, enough? It’s only a matter of time until their frustrated superstar forces his way out unless they fire Scott Brooks and find a HC that can bring this team back to the playoffs in the near future.

Learn something interesting from this NBA Game Review about January 27th, 2021? Share with friends!