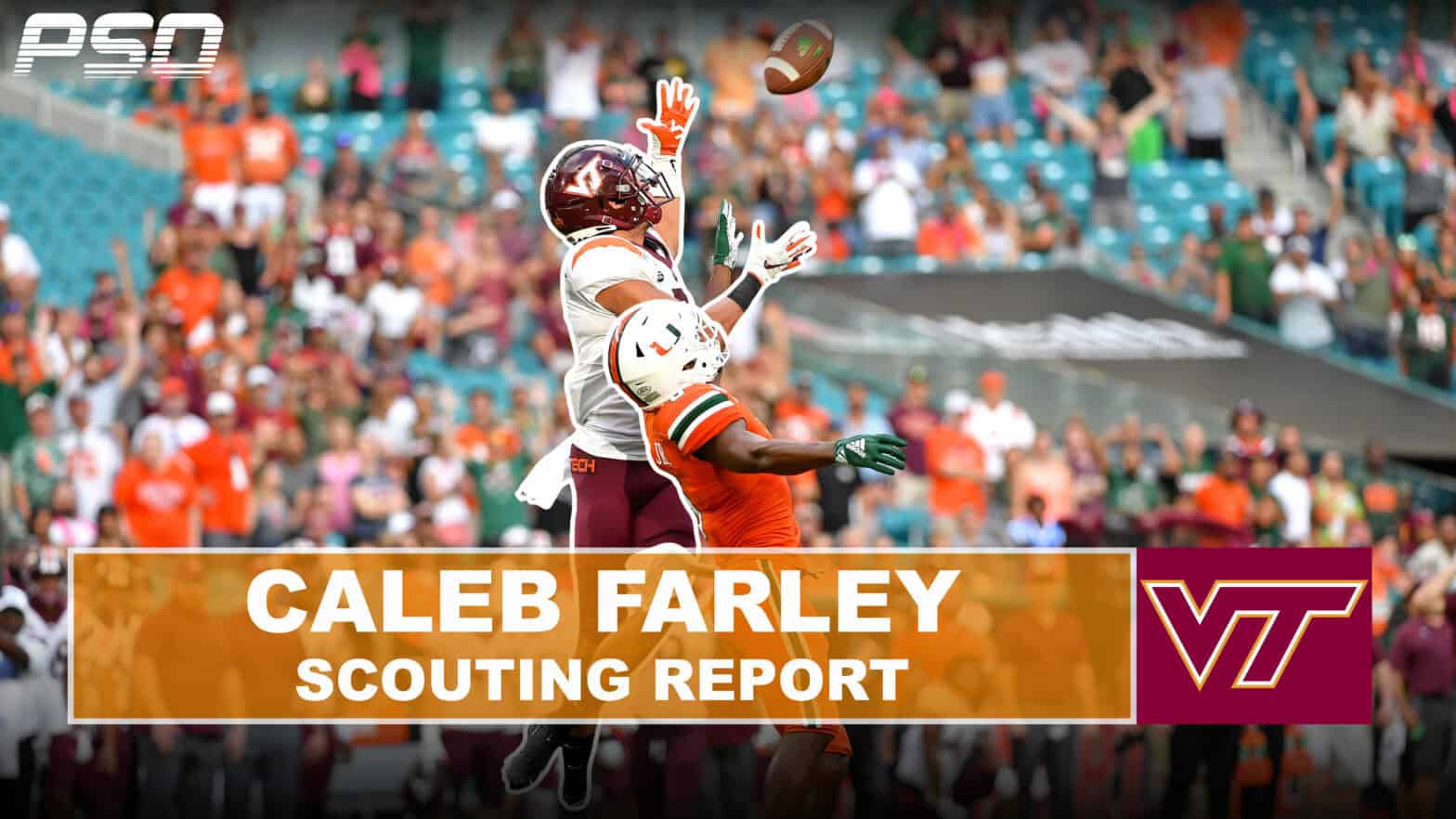 One of the most impressive prospects of this class, Caleb Farley has been a defender for a very short period of time. Arriving in Blacksburg after playing QB in high school, he hoped to become the Hokies’ YAC target at WR before tearing his ACL. He was moved to the opposite side of the ball upon recovery, where he grew into his new role at a tremendous pace.

After an enigmatic debut in 2018, Farley quickly matured and absolutely locked down his side of the field as a redshirt sophomore in 2019. Snagging four INTs, he also forced 10 incompletions while allowing a ridiculously low 26.8 passer rating when targeted. While his ball skills clearly translated, the technical growth he showcased might have been even more impressive.

An outstanding athlete with exceptional fluidity and quickness, Farley is incredibly sticky in man-to-man and has the length to consistently challenge the catch point. As expected from an inexperienced defender, his run support could use plenty of work and he can fall victim to fakes and double-moves on occasion. Possessing a press-man athletic profile, he unfortunately didn’t play up near the LOS all too often, but his comfortability, patience, and discipline in off-coverage are all quite impressive.

His considerable injury history is of concern, but he was medically cleared shortly after a back surgery (microdiscectomy) in late March. If he’s taken to collegiate coaching that well that quickly, however, it’s difficult to imagine his growth getting stagnant at the next level. Assuming his injuries are manageable, Caleb Farley has all the tools to grow into one of the league’s very best CBs.