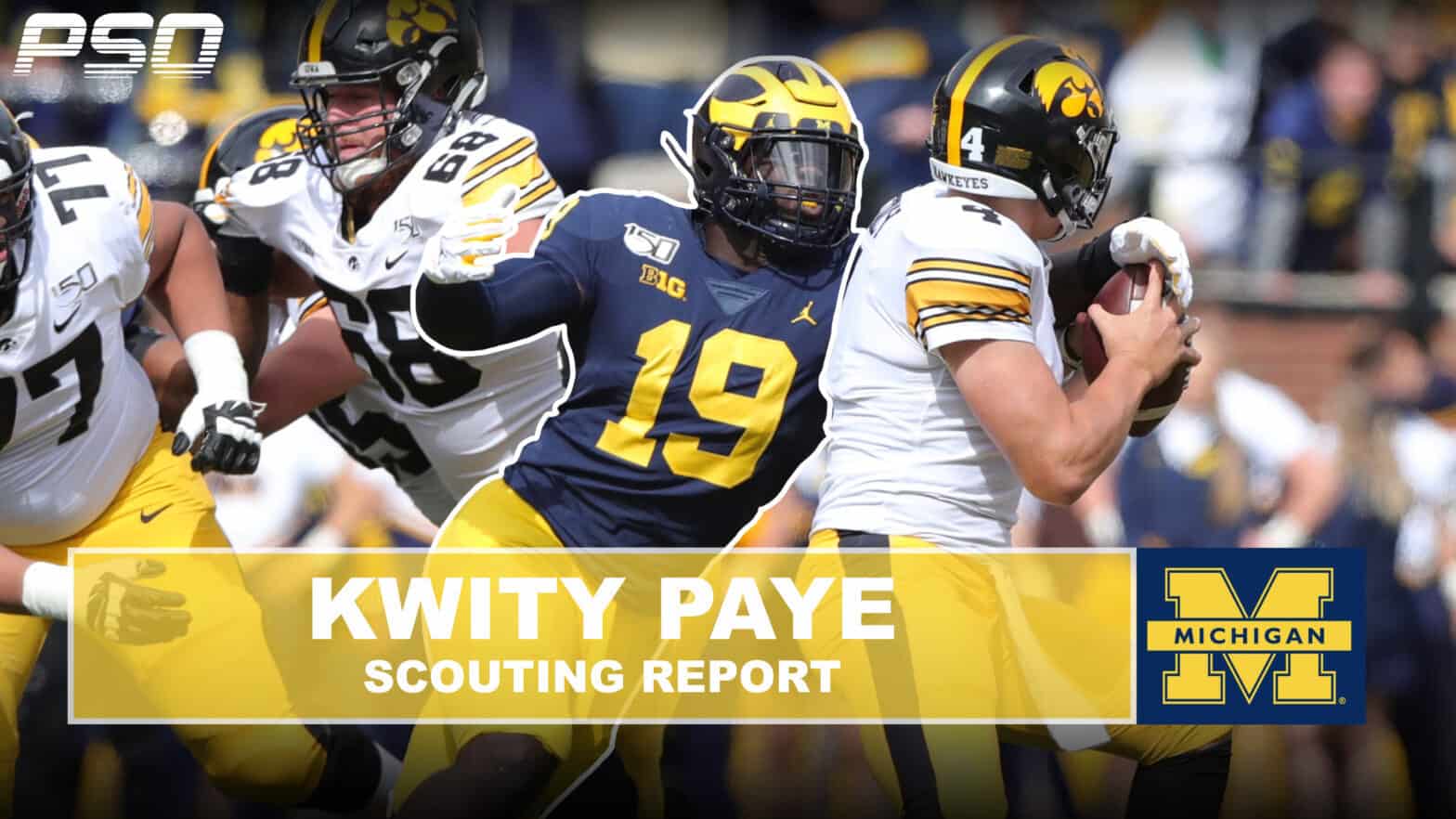 Born in a Guinean refugee camp during the 1st Liberian Civil War, Kwity Paye‘s family immigrated to the U.S. when he was just 6 months old. Settling in Rhode Island, Paye grew into a star athlete at Bishop Hendrickson HS, earning the state’s Gatorade Football Player of the Year as a senior in 2016. Flipping his commitment from Boston College to Michigan, Paye registered half a sack in both games he played as a true freshman then started 4 of his 10 games as a sophomore (2 sacks, 5.5 TFL).

Breaking out the following season, Paye logged 6.5 sacks and 12.5 TFL in 11 starts (12 games), yet opted to return to Michigan. Ultimately opting out of the 2020 season after 4 games, Paye’s surface-level stats weren’t eye-popping (2 sacks, 4 TFL), but his 25.8% pass-rush win rate led the Big Ten. In addition to a 13% pressure rate and 35 run-stops over the last 2 years, Paye is also one of the most well-rounded athletes of the entire class.

Listed atop Bruce Feldman’s Freaks List this past season, Paye put on a show at his Pro Day before his quad prevented him from lighting up the agility drills. At 6’2″, 261 pounds, what Paye may lack in length is more than made up for with power, processing ability, bend, and a rock-solid build. He might not have Chase Young-level explosion, but a quality first-step paired with flexibility and overwhelming power at the point-of-attack is a recipe for 3-down success.

Arguably the most pro-ready 4-3 DE of the class, Kwity will rarely need to come off the field. A stout and intelligent run defender with a hot motor, Paye’s speed-to-power efficiency will be his calling card as a pass-rusher. He might not win as often with finesse, but there’s no doubt Paye has the athleticism and internal drive to further develop his repertoire and quickly grow into one of the NFL’s most well-rounded DEs.