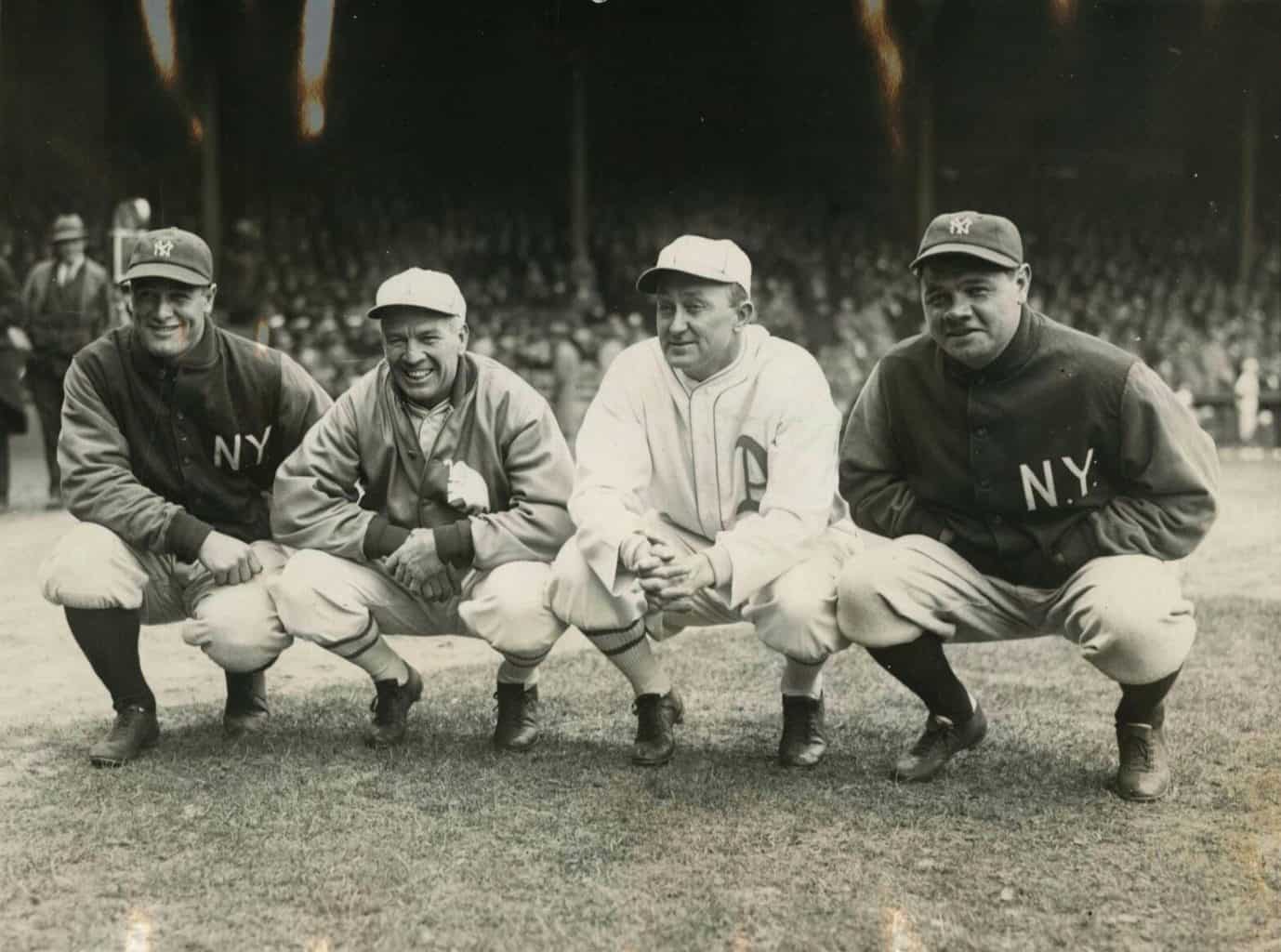 Featured
OTD in 1928: MLB Record 13 Hall of Famers Took the Field During 1 Game
May 24, 1928: Babe Ruth, Lou Gehrig, Tris Speaker, and Ty Cobb were among the record 13 HOF playing in a game between the Yankees & Athletics
Wikipedia
By Sam Grigsby, PSO Director of Sports History
May 24, 2021

Baseball has produced some of the greatest icons in sports history from the mythical Babe Ruth to the great Cy Young. Anytime the titans of America’s Pastime faced off would have been unforgettable for those who saw it, a treasured memory and certainly a story to tell. Such a game took place in May of 1928 between the New York Yankees and the Philadelphia Athletics. Patrons of Shibe Park witnessed a game for the history books as not one Hall of Famer, not three, but a record thirteen took the field in the first game of a doubleheader.

MLB RECORD 13 HALL OF FAMERS PLAYED IN A YANKEES VS. ATHLETICS GAME

The matchup against the Yankees and Athletics proved important in the big picture of baseball history. At the time Philadelphia sat three and a half games behind New York for the top spot in the American League. Playing for the Athletics were Hall of Famers Ty Cobb, Tris Speaker, eventual 1928 American League MVP Mickey Cochrane, and American League strikeout leader Lefty Grove. Al Simmons and Jimmie Foxx joined in as pinch hitters.

In the Yankees dugout, they had Babe Ruth, Lou Gehrig, Tony Lazzeri, Earle Combs, Leo Durocher, and AL Saves leader Waite Hoyte. Game one of the doubleheader stayed close as the Yanks held off the A’s in the ninth inning for a 9-7 victory. PHI won the second game but ultimately failed to overcome the Yankees for the AL pennant and a shot at the 1928 World Series. Several more Hall of Famers who didn’t count toward the record had their names tied to this historic matchup including managers Connie Mack and Miller Huggins, umpire Tom Connolly, and pitchers Herb Pennock and Stan Coveleski who did not play.