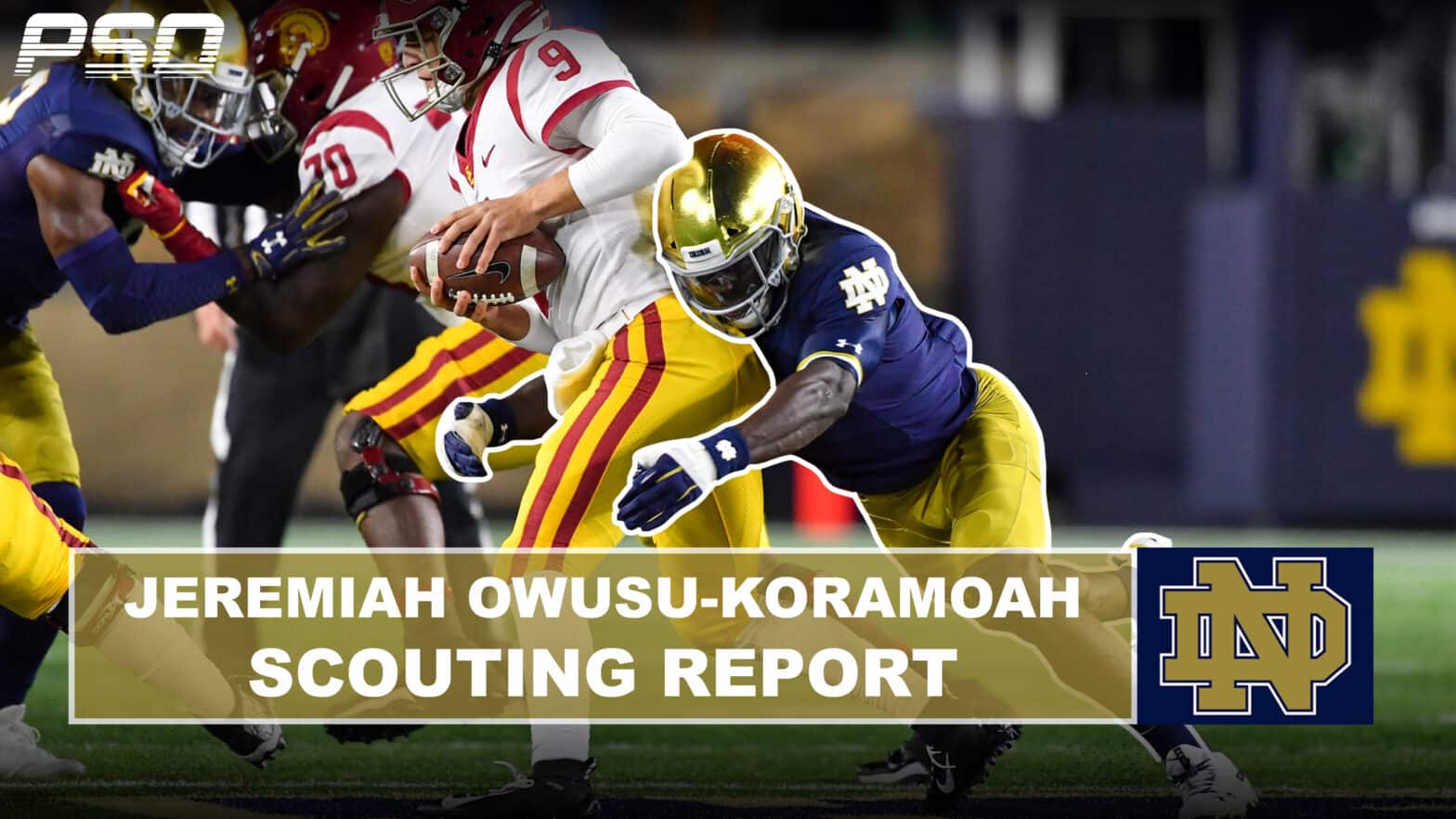 A native of Hampton, VA, Jeremiah Owusu-Koramoah is one of this class’ most intriguing defenders. After recovering from a broken foot that wiped out his 2018 season, he finally got to see the field in 2019 and stuffed the stat sheet. Leading the Irish in tackles, sacks, and TFL, Owusu-Koramoah returned for his senior year and led the team in TFL, but finished 2nd by just one single tackle (62).

Technically listed as a LB, JOK was slotted into the hybrid “Nickel/Sam” role that gave him more time in the slot than near the box. Though JOK is  one of the few athletes in college football capable of fulfilling this role, at 6’1″, 221 pounds, he would certainly be one of the league’s smallest LBs.

Considering his size and coverage prowess, JOK’s NFL team should be willing to experiment. Plugging him into a variety of alignments and assignments will not only give both a better grasp of his skills and comfort zones, but also gives him ample opportunity to refine those skills in different facets of the game.

He might lack the straight-line speed to play single-high S, but his short-area quickness and fluid hips allow him to mirror RBs, TEs, and WRs alike. Paired with the tenacity and strength of a LB, JOK is the prototype of where the LB position trending towards — just not a universal scheme fit as of yet.

Projected Round: Mid-1st Round