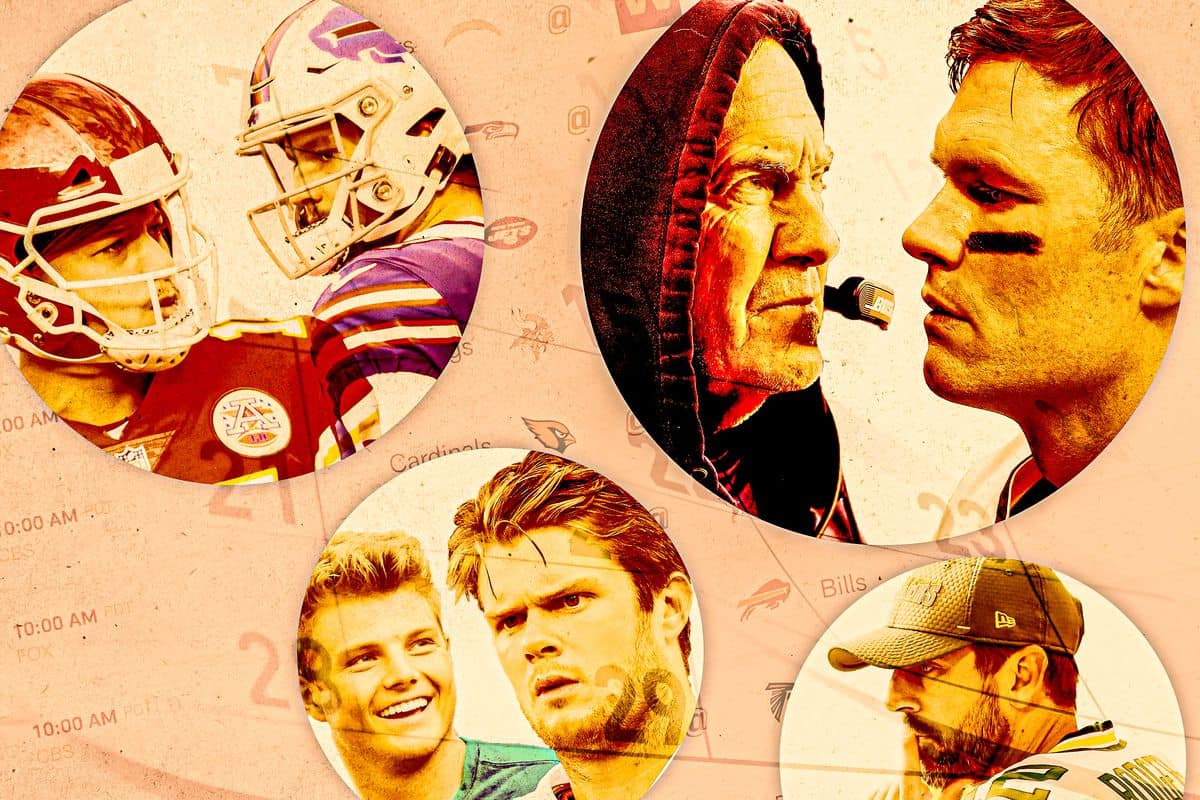 Featured
The Best of the Day: May 12th, 2021
See the best of the day in sports from May 12, 2021 including the NFL releasing its 2021 slate, the Hawks' turnaround season, and more!
Getty Images/AP Images/Ringer illustration
By Josh Whittemore, PSO Sports Operations Executive
May 13, 2021

The ‘Best of the Day’ is a daily PSO original series showcasing the most significant stories, highlights, and facts going on in the land of the NFL, NBA, & MLB every day. Get a recap on EVERYTHING that happened on 5/12 here.

The full 2021 NFL schedule was released with several entertaining matchups, including the Opening Day matchup between the Buccaneers and Cowboys. This is set to be the biggest season yet with the additional 17th game, meaning the season runs from Sept. 9 to Jan. 9th. Also, Nate McMillan has played an instrumental role in the Hawks turnaround since taking over as HC earlier this season, Russell Westbrook had another ridiculous performance, and Tom Brady has a chance to capture the all-time career passing yards record in his return to New England in 2021.

Story of the Day

The 2021 NFL Schedule was released, kicking off with Bucs vs. Cowboys on Opening Day

The NFL unveiled its full 17-game schedule for the upcoming 2021 season on Wednesday. The season is set to begin on Thursday, September 9th, as the Tampa Bay Buccaneers will look to kick off their title defense by hosting the Dallas Cowboys in primetime. With the newly added Week 18 in the fold, the regular season will wrap up on Sunday, January 9th, meaning each team will play two games in January.

This offseason, the 32 owners voted to expand the regular season for the first time 43 years, adding an additional 17th game. The added contest for each team will be an inter-conference matchup based on the prior years’ standings on a rotating basis. This matches up two teams who finished in the same place in their divisions from opposite conferences with the contests being based on the cross-conference games that each team played two seasons prior. All in all, the schedule is full of enticing matchups.

The biggest Sunday Night Football schedule ever! @SNFonNBC (by @essilorusa)

*Bears vs. Lions
*Raiders vs. Cowboys
*Bills vs. Saints

Here is the 2021 @nflnetwork schedule:

Related: Stories of the Day

Takeaway of the Day

34 games into the 2020-21 NBA season, the Atlanta Hawks were sitting 11th in the East at 14-20 with Lloyd Pierce leading the team. He was then fired after a slow start and missing the playoffs in his first two seasons (Atlanta had made it in the previous 10), leaving with a 63-120 record. The Hawks hired Nate McMillan to be an assistant coach before the season, who was fired from Indiana after their playoff exit last season.

Since he took over as HC after Pierce’s dismissal, Atlanta has the fourth-best record (25-11) in the NBA and clinched a postseason spot on 5/12. McMillan has led a remarkable turnaround for Atlanta, by helping his players play more for one another and less as individuals. His star player Trae Young is down on PPG from last season but is averaging a career-high in APG. McMillan has found ways for his team to be more efficient and get great production from a number of players.

Clint Capela is averaging a career-high in rebounds, and both Danilo Gallinari and Bogdan Bogdanovic are shooting over 40% from deep. John Collins has been great for McMillan too, averaging 17.8 points per game on 55.9% shooting. Additionally, there are six players with over 40 games played this season averaging double figures for his squad, showing how he’s been able to use depth to get wins. McMillan has done an amazing job in just 36 games and has given Hawks fans new hope for the future.

Related: NBA Takeaways of the Day

Highlight of the Day

What a dish by Trae 🤯 pic.twitter.com/eKhytFdjJ9

Player of the Day

Related: Games of the Day

Fact of the Day

Related: Facts of the Day

Check out the greatest sports plays of the 21st century

What's your favorite one? https://t.co/d6EOIJGkGj

History of the Day

May 12, 2019: Toronto Raptors SF Kawhi Leonard hit the 1st ever Game 7 GW-FG buzzer-beater in NBA history that bounced off the rim 4 times to defeat the Philadelphia 76ers and send the eventual champion Raptors to the ECF pic.twitter.com/cXueffaR0Q