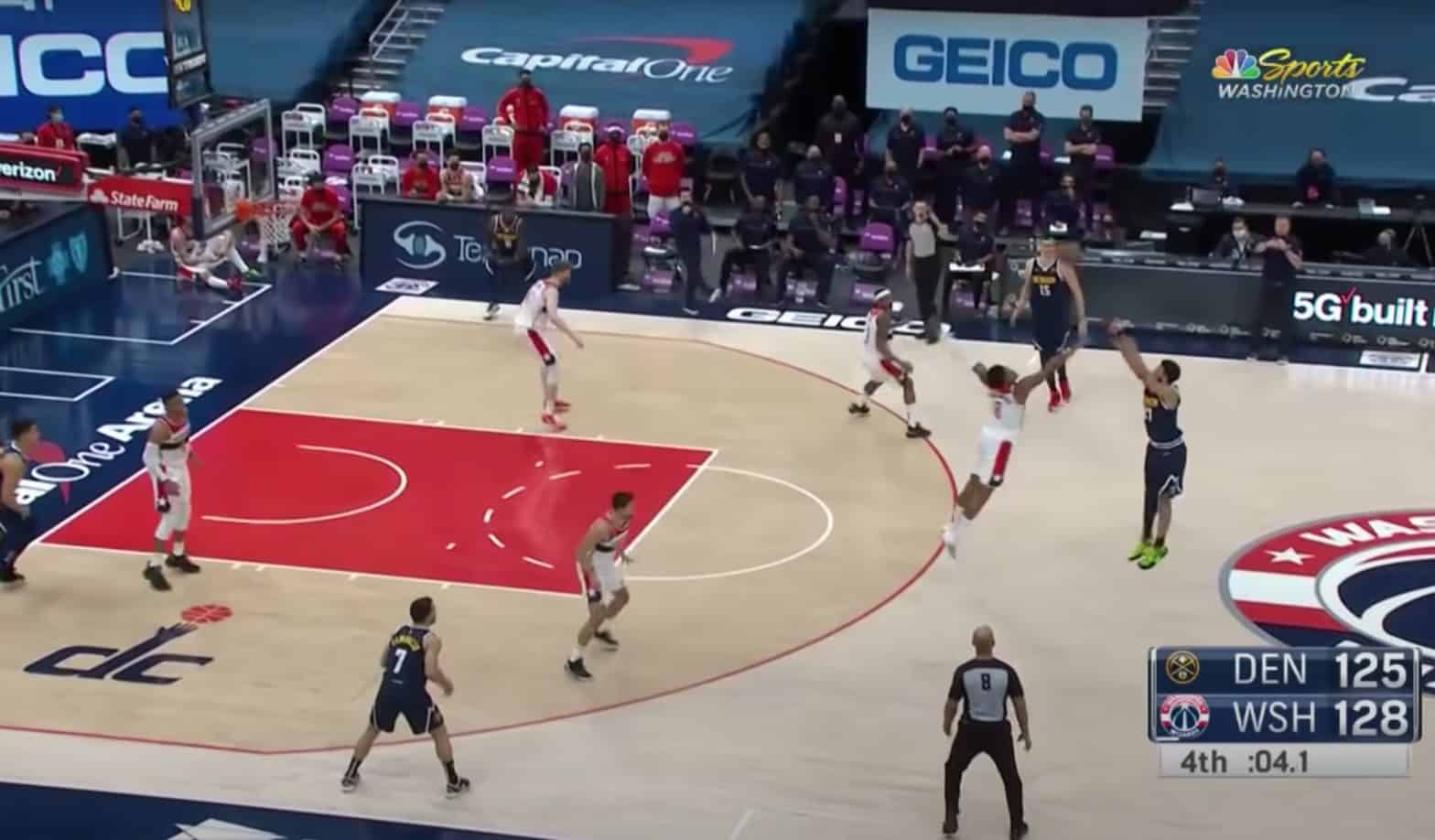 Wednesday in the NBA was one of the best basketball days of the year so far with numerous clutch shots, monster performances, and exciting matchups. Steph Curry cooked up the dagger in OT vs. Miami to lead the Warriors to victory, Malcolm Brogdon put the Wolves away with his 3-pointer during OT, and the Bulls rookie top-5 pick stepped up with a clutch shot in the final 30 seconds himself.

Dame time is on a roll with a third straight clutch performance to cap off a 30-pt/10-ast game as the Blazers are boasting a six-game winning streak. Of course, that doesn’t compare to the Jazz right now who are 20-1 since starting the season 4-4 after taking care of Kawhi‘s Clippers.

The wildest game of the night would have to go to Washington-Denver after a climactic ending that featured two CLUTCH 3PM from Jamal Murray including a game-tying 30-footer from the logo to tie it up with two seconds left until Bradley Beal drew the foul for game-winning free throws.

Here are the best NBA highlights, facts, performers, and takeaways from February 17th, 2021:

WILD ending to WAS/DEN, as the @WashWizards complete the 20-point comeback! pic.twitter.com/3IlKfo8B9X

DAME FOR THE LEAD! pic.twitter.com/aylBn6gFKw

WIZARDS ARE STILL VERY MUCH IN THE EAST PLAYOFF RACE

When the Wizards were decimated by COVID and off to the worst record in the NBA, many people counted DC out due to their dismal defense. However, the Wiz are 6-5 over their last 11 games, starting with the near 300-point thriller over Brooklyn. The nation’s capital is playing their best basketball in a while with their first three-game winning streak in over 150 games. They have struggled stringing wins together, but now they boast a victory over Denver, Boston, Miami, and Brooklyn over their last 11 outings.

The Bradley Beal-led squad now sits only three games back from a playoff spot in the East and just two games away from a 10th seed play-in game opportunity. They’ve played the least games in the East so far (9-17) but benefit from a conference that has an 8th seed boasting an impressive 13-15 record.

Despite Jamal Murray and Nikola Jokic‘s best efforts to cool down the heating up Wizards, Scott Brooks’ squad is making the right plays when it matters to win games and finally saw Davis Bertans break out of his slump with a career-high 35 points on an efficient 9-11 FG/3PM night. Russell Westbrook chipped in with his seventh triple-double (2nd most in Wizards history) while Rui Hachimura, Alex Len, and Raul Neto were also in double-digits with Neto not missing a single shot (5-5 FG).

This could all end up just being a flash in the pan, but the Wizards have the talent to compete in a weak East with two All-Stars in the backcourt, a rising star in Rui, an elite shooting 6th man, and an offense that’s among the best in the league. If their recent run sparks a buying approach at the trade deadline and WAS can add a premier defender like Myles Turner to their roster, this team could really have a chance to turn a horrendous season into one full of growth, development, and optimism.