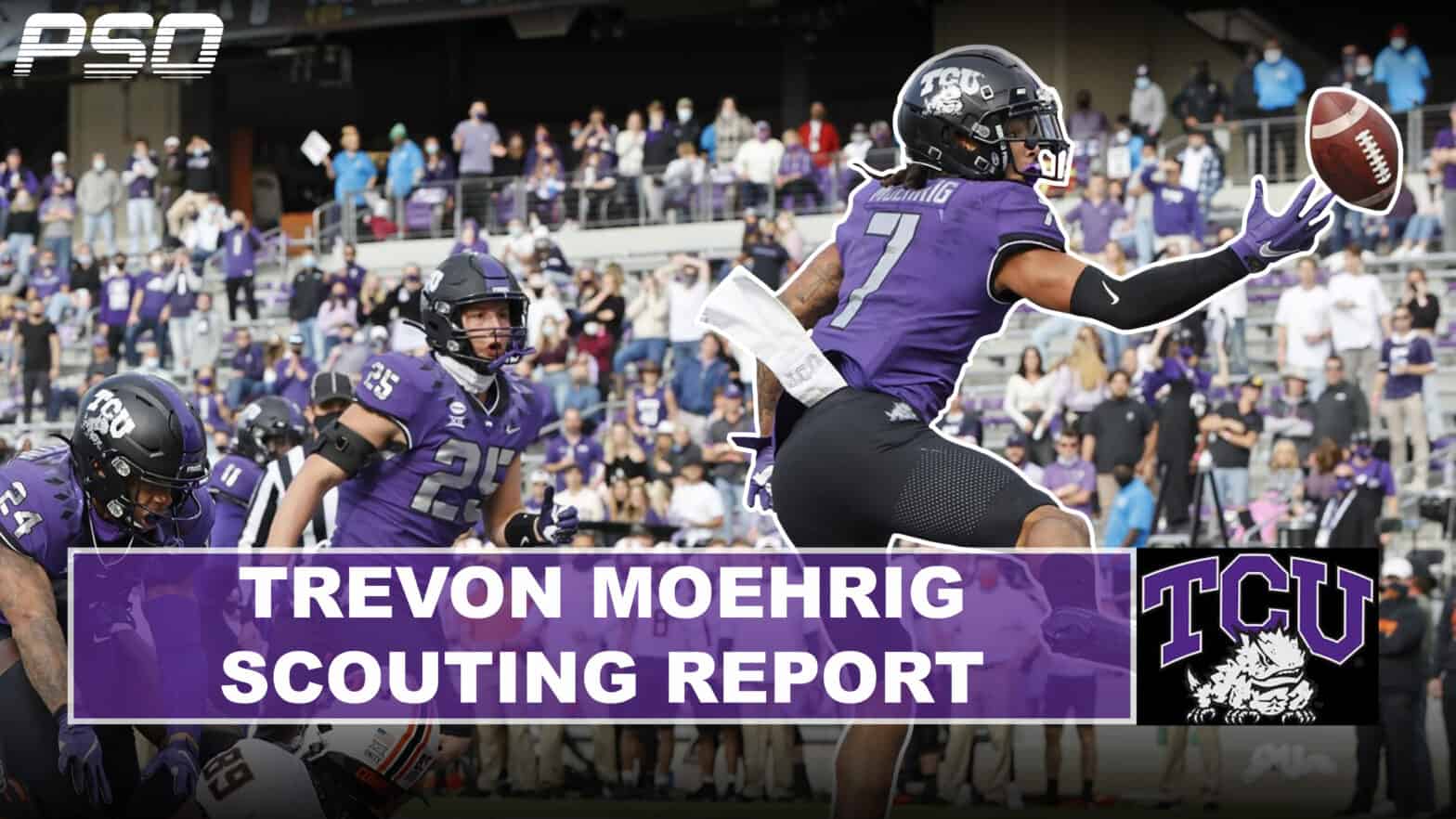 Featured
PSO Scouting Report: S Trevon Moehrig (TCU)
Scouting Report on Trevon Moehrig-Woodard, breaking down his future outlook and how his game will translate to the next level in the NFL
PSO Images
By Ricky Eisenbart, PSO Director NFL Scouting
Apr 06, 2021

Blessed in terms of both of size and athleticism, Trevon Moehrig-Woodard bounced around the Horned Frogs’ secondary for the better part of 3 years — two of which he led FBS in PBUs. In tandem with terrific range as a safety, he thrived in man coverage from the slot, where he lined up the most (46%).

Incredibly productive on the back end, the main qualms to his game, however, have to do with tackling. While he seemed much less timid in run support this past season, he will need a continued emphasis on better control of both his angles and technique going forward as the last line of defense.

A versatile ball hawk with the frame and athletic ability to impose his will and recover from a rare misstep, Trevon Moehrig can certainly make an immediate impact at the next level. Capable of serving in the slot early on, he possesses the range and instincts to grow into a centerfield eraser sooner rather than later.